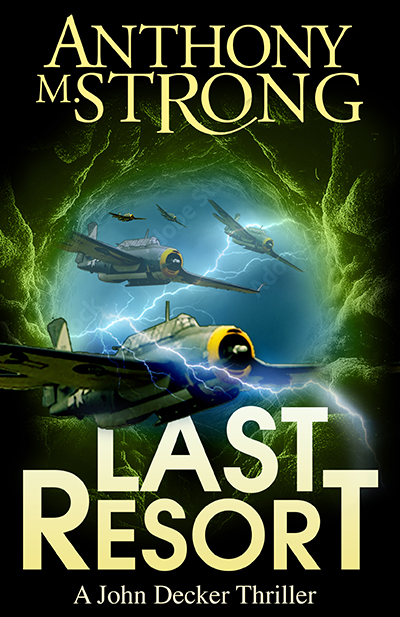 An island with a secret, deep inside the Bermuda Triangle.

After a tumultuous year, the last thing on John Decker’s mind when he and his fiancé, Nancy, arrive on the tropical island paradise of Singer Cay, is the Bermuda Triangle. He’s about to marry the woman he loves, surrounded by friends and family. A well-earned break and a dream destination wedding.

But Singer Cay hides a dark and mysterious past. There’s the abandoned resort on the far side of the island, where another bride vanished on her own wedding night one hundred years ago, during a storm that blew up out of nowhere.

A quarter century later, as thunder rumbled and lightning split the sky, a squadron of Navy torpedo bombers on a routine training exercise flew over the island and vanished into thin air.

Now another deadly storm is rolling in, a violent tempest with the power to separate Decker and Nancy before they can even say I do, and plunge them deep into the heart of the Bermuda Triangle…

Last Resort is part of the John Decker series, however, each book is a standalone novel and does not require you to have read the other books in the series.

Available in e-book, and paperback.